I was looking at the latest Navigraph Charts and notice that the LA FIR is only up to DINTY. The sector file though takes us way out to DENNS/DUETS etc. Where is the disconnect?

We own SFC to Unlimited about as west as DINTY, then FL240 to Unlimited west of DINTY for a few hundred miles. 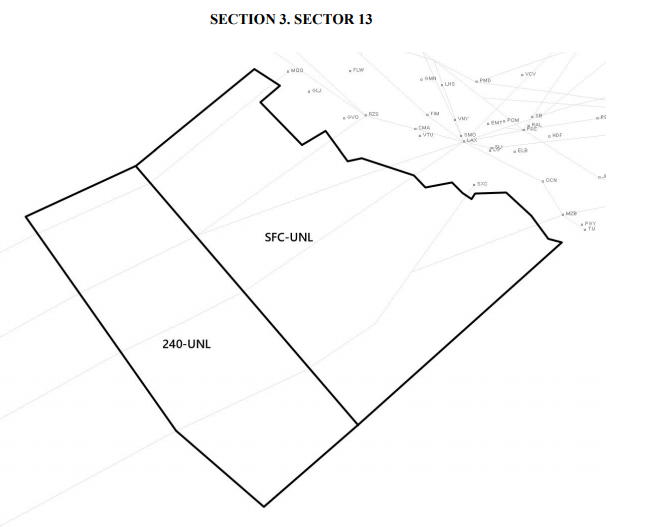 OK odd that the charts do not depict this.

OK odd that the charts do not depict this.

Something in the real world ZLA may have changed recently with regard to how they transfer to San Francisco Radio, or with regards to actual radar coverage there. Our current SOP is based on information from last year's real SOP, and is consistent with how ZAK expects to interact with us.

For all, below is the ZAK information page in case you are not familiar:

C
.
ZLA ARTCC Transfer Control Points
1.
ZLA has an "airspace shelf" consisting of a line extending through GALIP, DUETS, EDSEL, FOOTS, WEDES, TONYS and HILCO from FL240 and above. The airspace east of this line including the fixes shall be owned by LAX_CTR and are TCPs (Transfer Control Points) at and above FL240.
D. Oceanic Clearance and Inbound Coordination:
1.
When ZAK_E_FSS is online, adjacent ARTCC's are responsible for obtaining an Oceanic Clearance prior to departure for aircraft filing oceanic routes, including Oceanic en route traffic arriving in that ARTCC
from another ARTCC. Since the FSS is not a radar position, do not use the radar client handoff feature to turn aircraft over to
the FSS. The FSS needs no interphone call, if no special conditions exist and the aircraft is within five minutes of the estimated TCP time. Just issue the frequency change to the aircraft. Specifically, the following actions should be taken to handoff aircraft:
• Advise the aircraft they are entering the oceanic airspace.
• Issue a beacon code of 2000.
• Terminate radar services.
• Issue a frequency change.

Example: LAX_CTR: "American 1028, Entering the oceanic airspace. Squawk 2000. Radar service terminated. Report position to San Francisco Radio on 131.95."
2.
The request for clearance shall consist of the callsign, TCP fix or route number, cruise altitude, and
estimated time the flight will reach the TCP fix or FIR boundary.
Examples:
• "AAL1028 R464 FL320 1715Z".
• "Request OC, AAL1028 SEDAR FL350 2312Z"
• "AAL1028 56N52 FL310 0450Z" (aircraft will enter FSS at N56-00.0 W152-00.0)
3.
The clearance approval shall consist of the callsign and the controller's operating initials. Optionally
include a clearance time, if needed to delay arrival onto the oceanic track. The ARTCC/FIR shall then sequence control and turnover (not handoff) of the flight so as not to arrive before the clearance time.
Example: "AAL1028, BA" or "AAL1028, 1730Z BA".
4.
If the flight's estimated time of control turnover should become more than 5 minutes different from
the clearance time, the ARTCC/FIR must obtain a revised clearance.
Example:
"AAL1028, was SEDAR 1715, now 1720". The FSS may accept or amend the clearance as necessary.

Users browsing this forum: No registered users and 6 guests